The holidays can be a difficult time for many people who don’t have family nearby, a home to sleep in, or food to eat. Helping others expressed the true holiday spirit.

A great way to be a good in the world is to do good for the world and the people who inhabit it. Volunteer a few hours of your time to work in a soup kitchen and help serve those who are in need of a hot meal. You can also use this time to get your family involved and impart good moral values on your children. For many years running, I have volunteers at Glide Memorial Church in downtown San Francisco and enjoyed each and every minute of it.  I bet your community has a place like Glide that can be your “happy place” meaning that you make other people happy and that alone filled YOU with joy.  But if you find yourself in the San Francisco Bay Area around Thanksgiving or Christmas, come on down, and we’ll have fun together serving up some love:

GLIDE on over and Serve a Meal!

The Volunteer Resource Program at GLIDE places about 10,000 volunteers each year, totaling 65,000 hours of service. www.glide.org Meals Program is a transformative experience. This program requires 85 volunteers each day to fill the breakfast, prep, lunch and dinner shifts, 364 days a year. With your help we can serve up to 2,400 meals per day to our community. Volunteers assist with everything from serving food, to busing tables, to handing out silverware and condiments. Be prepared to roll up your sleeves, and make some beautiful human connections! you have any questions please feel free to contact the volunteer team at volteam@glide.org or 415.674.6081

Chimney cleaners and inspectors do not have the most glamorous jobs. Fireplaces are often filthy, and there is waaaay less singing involved than Mary Poppins would have you believe. However, one chimney sweep had a profound effect on a friend of mine when she was about five or six years old.

It was summer break, and her siblings were outside the house with friends. A strange man was over, and his head, arms, and torso were hidden up the chimney in Sylvie’s living room. Of course she was sitting a few feet away, asking questions each time his head reappeared, despite her father’s pleas to leave the man alone. After a few seconds of silence, the man gasped and squeezed out the chimney and into the living room.

“You will not believe what I just found!” he said, holding his hand out with a small piece of red fabric. “Santa must have snagged his suit on the inside of your chimney and left this behind.”

Sylvie was dumbstruck. Proof! She had proof! Santa was real!

Though Sylvie now knows the truth about Santa, she still has that small piece of fabric, and it reminds her every year about the kindness of strangers and the importance of sparking joy in someone’s life.

If you’re not a chimney sweep, find other ways to inspire joy in the young people around you. It is, after all, the most magical time of year. 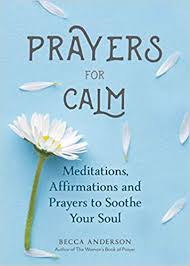